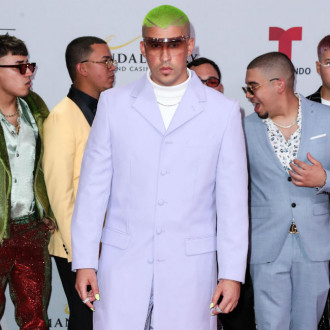 Bad Bunny and DADDY YANKEE were the big winners at the 2020 Billboard Latin Music Awards.

The 26-year-old star – who was absent from the ceremony on Wednesday night (21.10.20) – took home the biggest accolade of the night, nabbing Artist of the Year, and six other prizes including Top Latin Album for ‘X 100PRE’ and Songwriter of the Year.

The ‘Gasolina’ hitmaker and his collaborator Luis Fonsi’s mega-hit ‘Despacito’ was also crowned Latin Song of the Decade.

During his first acceptance speech, Yankee dedicated his accolade to those who have lost someone to coronavirus, and said music is “the best medicine”.

He said that these are “challenging times and [I] want to share this award with those who have been perseverant and those who have lost a loved one. Music continues to be the best medicine.”

The ceremony – which was hosted by Gaby Espino – saw performances from the likes of Pitbull, Paulina Rubio and Anuel AA.

The show was broadcast live from the BB&T Center in Sunrise, Florida, but had no audience present due to COVID-19.

An abridged list of the winners is as follows:

Artist of the Year:

Tour of the Year:

Crossover Artist of the Year:

Top Latin Album of the Year:

Hot Latin Song of the Year:

Which is the best Kanye West album?

How accurate are songs about Vegas?

Anthony Mackie to star in and produce The Ogun

Netflix To Back Bradley Cooper’s Next Film

Sofia Richie in Bikini at a Beach

Delilah Belle Hamlin in Bikini at the Pool in Riviera Maya