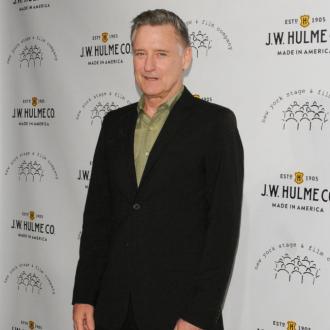 The ‘Sinner’ actor, the ‘Dress To Kill’ comedian, and the ‘Close To Me’ hitmaker have reportedly boarded the cast of Focus Features and Working Title’s upcoming film which is set to be helmed by ‘Late Night’ director Nisha Ganatra.

Production on the movie – which will be penned by Flora Greeson – is already underway in Los Angeles, California and is set in the fast-paced world of Hollywood’s music scene.

He said: ”Together, Dakota and Tracee are an undeniable force of comedic talent, and along with our friends at Working Title and our director Nisha, we can’t wait to see them go head to head on this new project.”

Bill, 65, has starred in films such as 1993’s ‘Sleepless In Seattle’ and 1995’s ‘Spaceballs’ and most recently starred in the second series of American anthology crime drama television series ‘The Sinner’.

Eddie, 47, most recently starred on the big screen alongside Dame Judi Dench and Abdul Karim in 2017 biographical comedy-drama ‘Victoria & Abdul’ and his other feature credits include ‘Ocean’s Thirteen’ and ‘Across the Universe’.