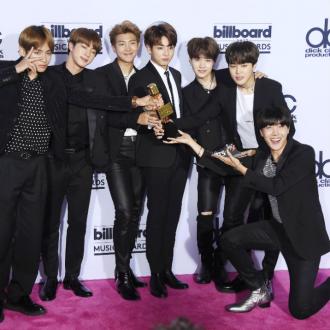 BTS are set to play two nights at Twickenham Stadium as part of their ‘Map of the Soul’ world tour.

The K-Pop group – comprised of RM, Jin, Suga, J-Hope, Jimin, V, and Jungkook – announced on Tuesday (21.01.20) night they would be heading out on the road for a new world tour later this year, in support of their ‘Map of the Soul’ album series, which includes last year’s ‘Map of the Soul: Persona’, and the upcoming ‘Map of the Soul: 7’.

BTS’ new tour will see them play at least two shows at most of their tour stops, including four dates at the Olympic Stadium in Seoul, South Korea, in April, and two dates each in US cities Los Angeles, Dallas, and East Rutherford in May.

May also sees the group spend two nights in Toronto, Canada, and one night each in Orlando, Atlanta, and Washington D.C.

In June, the ‘Boy With Luv’ hitmakers head to Chicago for two nights, and then travel to Japan to play two shows in Fukuoka.

July and August see the group play a whopping six shows in Osaka, Japan, before stopping off for two shows each in other Japanese cities Saitama and Tokyo.

The tour dates also include two mysterious dates on June 13 and 14, which have been left blank and simply include a question mark, suggesting there are two more shows which are yet to be confirmed.

The dates fall around BTS’ anniversary – which will mark their seventh year as a band – and so could hint at a special event to commemorate the occasion.

BTS released their first single from ‘Map of the Soul: 7’, titled ‘Black Swan’, earlier this month, and the album is set to be released on February 21.