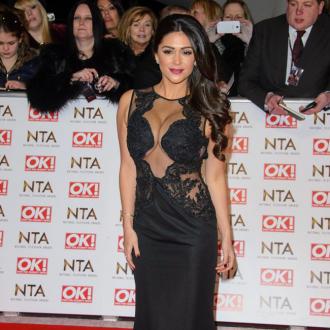 The former ‘Celebrity Big Brother’ star and her fiancé Dane Goodson only welcomed daughter Sadie – a sister for 21-month-old Florence – into the world five weeks ago but they are already thinking ahead because they don’t want too big an age gap between their kids.

And the couple have decided to wait to get married until their family is complete so all of their children can be at their wedding.

Casey told Closer magazine: ”Before we had Florence, we said we’d have four or five – now we’re not so sure.

”We’ll definitely try again and it would be nice to have a boy.

”I’d like another small age gap too, because you’re still in baby mode then.

”I’d rather get it done and not have years and years of nappies.

”Then it would be nice to have all our children at our wedding.”

The 35-year-old star isn’t ”pressuring” herself to lose her baby weight but is planning to introduce some ”gentle” exercise soon.

She said: ”My body has done an amazing thing and I won’t put any pressure on myself, but in a few weeks I might get back to some gentle post-natal yoga, which focuses on recovery and pelvic floor exercises.”

The former model had her 32GG breasts reduced in 2014 but they grew back to her original cup size, before dropping to a D when she lost weight in 2018.

And Casey has now found herself up to a FF again but she won’t go under the knife for another procedure until she’s finished having babies.

She said: ”My boobs are back. I’m a FF cup again. They’re the bane of my life though.

”I’ve stopped breastfeeding Sadie now and they’re still huge. One I’ve had all my children, I’ll probably lose weight so they shrink again and maybe I’ll have a nice uplift.”

Who Will Direct The Next James Bond Film?