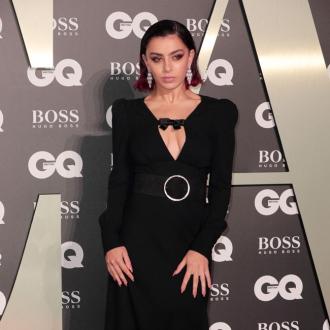 Charli XCX was inspired by Ed Sheeran on her new album.

The 27-year-old singer has revealed she took inspiration from the chart-topping pop star whilst she was creating her latest album, ‘Charli’, which was released in September.

Speaking to Vogue magazine, she explained: ”The way we wrote ‘Official’ was very: ‘Let’s try and make a perfectly constructed pop song.’ We wanted to make a Max Martin-We sat around and said, ‘We need to change this word to make it sound like what Ed Sheeran would say.’ That was what we said: ‘What would Ed Sheeran say?’

”He’s really good at writing those kinds of personal, intimate songs. It’s like sharing secrets; he’s very conversational in his lyrics. That was the atmosphere we were trying to evoke.”

The ‘Gone’ hitmaker was forced to rewrite her entire third studio album – the follow-up to 2014’s ‘Sucker’ – after the songs started to spread around the web and be shared among her fans.

According to Charli, the incident made her feel like she had no ownership over her own music.

She continued: ”They feel they just want the music and that leaking it is helping me.

”I didn’t really talk about it because I didn’t want to encourage more of it, but you know, having your work stolen is really sad.

”It made me feel like I didn’t own it anymore.”