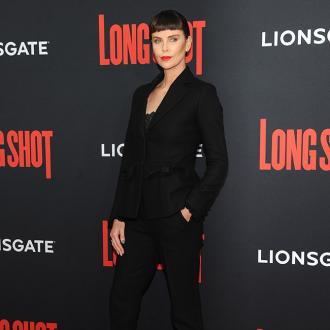 Charlize Theron thinks ‘Addams Family’ can encourage people to reevaluate what ”a family should look like”.

The 44-year-old actress lends her voice to the role of spooky matriarch Morticia in the upcoming animated blockbuster based on Charles Addams’ beloved brood – who first debuted on TV in 1964 after decades as a New Yorker cartoon – and she feels they can teach everyone some very important lessons.

Speaking to Entertainment Tonight, she said: ”I’ve always been intrigued [by] kind of re-looking at what we think that image of a family should look like.

”And this is such a classic, long-term, endearing family that we’ve known since the sixties. Really, what they’ve always stood for is, ‘Yes, we’re weird, we’re different, and we don’t look like everything else or everybody else out there and that’s what makes us [who we are.] That’s what we bring to the table.’

”And I just think it’s so timely to tell that story and to be able to be a part of something like that. [And] with two small children, it’s really nice.”

The upcoming animated movie – which has been directed by Conrad Vernon and Greg Tiernan – also stars the like of Chloe Grace Moretz (Wednesday), Finn Wolfhard (Pugsley), Nick Kroll (Uncle Fester) and Snoop Dogg (Cousin It).

Oscar Isaac, 40, voices Gomez in the film, and she admitted his own life – he was born in Guatemala and moved to the US with his parents when he was five months old – makes the story relatable.

Reflecting on Theron’s point, he explained: ”It’s always been about that, The Addams Family, that’s why I’ve always loved it so much.

”It’s about celebrating how weird and unique and different these families are, and [it has a] kind of macabre aspect to it as well, which makes it really fun.

”That’s for me why I got so excited about it, and also the idea of a family of immigrants that come to New Jersey for a better life and you know the struggles with what that entails, which I think a lot of people can relate to.”