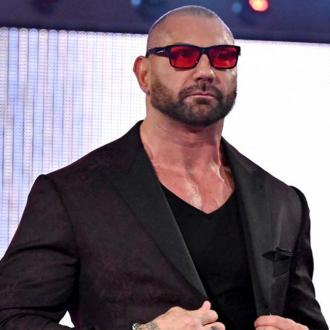 Dave Bautista wears sunglasses to help with his anxiety.

The ‘Guardians of the Galaxy’ actor has opened up about his issues with self confidence, and he revealed it took him a long time to come to terms with his nerves in social situations.

Responding to a fan on Twitter, he wrote: ”It took me 40 some odd years to be ok with it. I just got tired of feeling embarrassed about it and started owning it!

”And I wear sunglasses a lot! Trust me it helps… It drives my publicist insane! Better sunglasses than me dry heaving on the red carpet.”

The 50-year-old blockbuster star first rose to fame in the WWE, and in the past he has credited his in ring career with helping him to overcome his anxiety and adjust to life in the spotlight.

He previously said: ”Wrestling really brought me out of my shell … But I wish when I was younger I hadn’t been so ashamed. I wish I would’ve embraced it more because it’s okay, and I find out more, all the time, that a lot of actors are the same way.

”They get anxiety and get self-conscious, and get insecurities about their performances.

”And I think if people hear more from that – from people, especially someone like me who succeed in these entertainment fields — they can see that I am someone who is like that as well. Then, they will just be more accepting and just be okay with it. Because there’s more people like that than you would think.”

Meanwhile, Dave recently explained how upcoming action comedy ‘Stuber’ – in which he stars alongside Kumail Nanjiani – has made an effort to deal with the issue of toxic masculinity.

He explained: ”I feel like we’re in a time where we can talk about masculinity and how it’s always been very traditionally defined in a narrow way and how that’s led to problems for everyone – for women and for men.

Elizabeth Debicki To Join The Crown For Seasons 5 And 6...