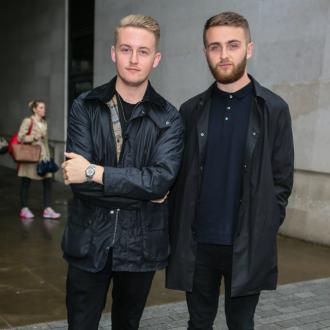 Disclosure‘s new music has been inspired by ”African genres”.

The electronic duo – which consists of brothers Howard and Guy Lawrence – have revealed that their latest track, ‘Tondo’, has been inspired by African music, which is something the group have been exploring more and more in recent years.

The duo – who released their debut studio album, ‘Settle’, back in 2013 – said: ”Over the past few years, we have been exploring more and more African genres of music.

”This specific track samples the great Cameroonian musician Eko Roosevelt. If this track is anything, it’s fast, punchy & above all … fun.”

In 2019, Disclosure revealed they already had ”over 100 songs” ready for their long-awaited third studio album.

The electronic music duo confirmed they’d spent more than two years working on their new record, and gave fans an update on the album’s timescale.

At the time, Howard shared: ”We’ve been working on this music for like two years now and we’re getting to a point where we are almost happy…

”We’ve been at that ‘almost’ stage for a while now. We’re just going to keep cracking on and hopefully we’ll have some music out next year.”

The ‘Holding On’ hitmakers announced in early 2017 that they were taking a brief break from music in order to enjoy a ”much-needed rest”.

They told fans at the time: ”We really cannot thank every single one of you enough.

”You changed our lives forever and enable us to do what we love best on this planet.”