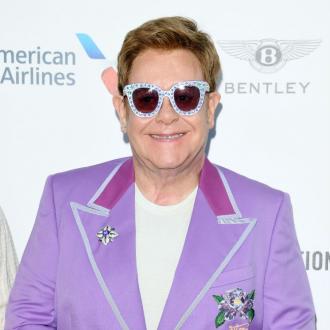 The ‘Rocket Man’ hitmaker – who composed and performed songs for the original animated film in 1994 – thinks Disney ”messed the music up” in their photorealistic remake.

Elton, described the remake as a ”huge disappointment” and said it ”messed the music up.”

In an interview with GQ Hype magazine, he said: The new version of The Lion King was a huge disappointment to me, because I believe they messed the music up.

”Music was so much a part of the original and the music in the current film didn’t have the same impact. The magic and joy were lost.”

The 72-year-old star also pointed out that the new soundtrack lacked commercial success compared to the original.

He said: ”The soundtrack hasn’t had nearly the same impact it had on the charts that it had 25 years ago, when it was the best-selling album of the year. The new soundtrack fell out of the charts so quickly, despite the massive box-office success.”

Elton did have an influence on the soundtrack, returning to the studio to adapt songs such as ‘Circle of Life’ and ‘Hakuna Matata’ for the new film, but he wished he’d been asked to have more involvement.

He added: ”I wish I’d been invited to the party more, but the creative vision for the film and its music was different this time around and I wasn’t really welcomed or treated with the same level of respect. That makes me extremely sad.”

Elton is not the only figure to criticise Jon Favreau’s adaptation, as original animator David Stephan criticised the film.

David previously said: ”If you polled the crew of the original Lion King, most of them would say, ‘Why? Did you really have to do that?’ It kind of hurts.”