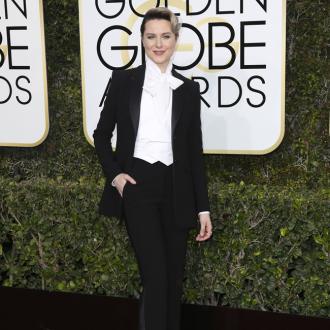 Evan Rachel Wood was tied up and ”tortured” and raped while she slept by a former partner.

The ‘Westworld’ actress gave an emotional account of the sexual assaults she experienced at the hands of two different men, with the second forcing himself on her in the floor of a closet, as she spoke to Congress on Tuesday (27.02.18).

The 30-year-old actress admitted she had been left with addiction, depression and post traumatic stress disorder (PTSD) after regularly waking up to find her partner having sex with her while she slept.

Speaking to the House Judiciary Committee to testify about her experiences with sexual assault on behalf of the Sexual Assault Survivors’ Bill of Rights Act, she said: ”It started slow but escalated over time, including threats against my life, severe gaslighting and brainwashing, [and] waking up to the man that claimed to love me raping what he believed to be my unconscious body.

”And the worst part: Sick rituals of binding me up by my hands and feet to be mentally and physically tortured until my abuser felt I had proven my love for them.”

Evan – who has a four-year-old son with ex-husband Jamie Bell – then explained how it was ”easier” for her to be raped again because of the long-term effect of the past sexual assault.

She said: ”Because of this abuse, when I was pushed onto the floor of a locked storage closet by another attacker, after hours at a bar, my body instinctively knew what to do: Disappear, go numb, make it go away. Being abused and raped previously made it easier for me to be raped again, not the other way around.”

The ‘Wrestler’ actress admitted the trauma escalated to a point where she considered taking her own life.

She said: ”I struggled with self-harm to the point of two suicide attempts, which landed me in a psychiatric hospital for a short period of time. This was, however, a turning point in my life when I started seeking professional help to deal with my trauma and mental stress.”

A group of women shared their stories to push for the Sexual Assault Survivors Bill to be passed in all 50 states as it was passed in just nine in 2016.

Evan said: ”This bill is just one step in the right direction of setting the bar higher for what’s right and what the standard will be that we will set for society.

”The recognition of basic civil rights for sexual assault survivors serves as a first step. It’s a safety net that may save someone’s life one day.

”Even though we passed this bill at a federal level, there’s still work to be done. In order to ensure all survivors are protected under this law, we need to pass this bill in all 50 states.

”We’ve done this in nine so far, and it’s our job to make sure that survivors in the remaining 41 are treated with the same humanity and dignity. This is called progress and it starts here.”