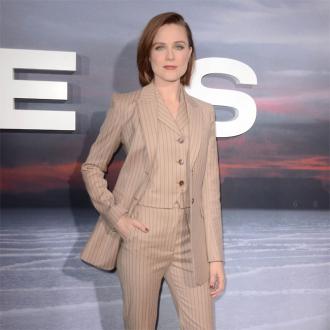 Evan Rachel Wood has taken a swipe at the Academy of Motion Picture Arts and Sciences – but joked she might get ”kicked out” of the organisation for her comments.

The 32-year-old star took to Twitter to ask her fans if they are ”excited” about ”the same 12 people” receiving nods for next year’s Academy Awards, and admitted she is backing ‘Harriet’ star Cynthia Erivo to receive recognition when the nominations are announced.

She wrote: ”Is anybody else excited to watch the same 12 people get nominated for oscars this year?”

In response to a fan who said they are ”hoping for Cynthia Erivo” to be given some nods, the ‘Westworld’ star replied: ”Well this would be refreshing wouldn’t it. I mean.. I am in the Academy now. Although after that last tweet they may kick me out. Haha. (sic)”

Evan has predicted the nominees for Best Director ”will be all men”, but also said she was ”not blaming it all on the Academy”, admitting there is a ”very small pool” of actors because the industry only casts those that ”get the movies financed”.

In a series of tweets, she wrote: ”This is not to throw shade at the Academy or the films. BUT if we got BIG MONEY out of campaigning, (just like elections) then maybe it would be fair? Just a thought.

”Also lets just go ahead and assume I am never getting nominated now.

”Also, not blaming it all on the Academy. The industry will only cast Actors that get the movies ‘Financed’ and it becomes a very small pool very quickly.

”Same with female directors. They arent getting nominated because no one is financing their films. (sic)”

When asked by a fan what she would do if she was given a nod, Evan said she would attend the Oscars ”graciously”.

She wrote: ”I would graciously go while reminding myself that my value is not based on an award although it would feel good I am sure. You just gotta see the cage to be free of it. But also dont be a d**k. (sic)”

The Academy announced a long-term strategy in 2016 to improve the diversity of its members in light of the social media hashtag #OscarsSoWhite – which hit out at the lack of actors of colour who were nominated for top acting accolades.