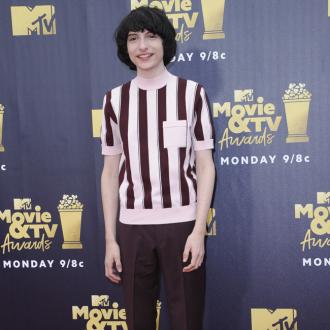 The 17-year-old actor joked he was too ”dumb” to pass the first stage of the process and has then been too ”mad” at himself to pursue any further attempts to obtain a license.

Speaking on ‘Live with Kelly and Ryan’, he said: ”I took my written test and I failed it twice because I’m an actor, I guess, and dumb. And then I just got so mad at myself that I just didn’t do it again.”

The ‘Stranger Things’ star has been able to rely on friends for help and joked he should offer them cash in return for a lift.

He continued: ”So I’m just having my friends drive me around. I don’t pay them but I probably should start paying them. It’s kind of ridiculous.”

Elsewhere in the interview, Finn confirmed work on ‘Stranger Things’ season four will start soon – but he hasn’t got a clue what’s going to happen in the next batch of episodes.

He said: ”Journalists always ask me, they’re like, ‘What can you tell us about ‘Stranger Things 4′?’ and I’m like, ‘Well, they don’t give us the scripts until a week before, so I don’t have anything to tell you.”

And the actor admitted learning the scripts can be ”kinda” hard as sometimes the cast receive their lines at very short notice.

Finn claimed the fear of storylines being leaked wasn’t the only reason why the cast don’t get much time to prepare.

Speaking about co-creators Matt and Ross Duffer, he quipped: ”I think they just like messing with us. It’s a sport.”

Zoe Kravitz Set To Star As Catwoman in The Batman