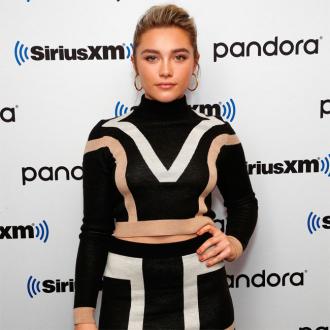 Florence Pugh has suggested that audiences should pay close attention to ‘Little Women’.

The ‘Fighting with My Family’ star plays Amy March in the film, which is based on the 19th century novel by Louisa May Alcott and she has spilled that director Greta Gerwig added something into many of her scenes that audiences may be missing.

Florence, 23, explained: ”In the background of every single scene, there’s always something else going on. So you had to be completely switched on and ready and obviously the bigger the scene, the more characters, the more things were going on and it was so exhilarating.”

Meanwhile, Greta – whose previous credits include ‘Lady Bird’ – recently admitted she was surprised that ‘Little Women’, which also stars Meryl Streep and Emma Watson, was given the green light by Sony Pictures to be made.

The movie tells the story of a group of impoverished sisters living in the aftermath of the American Civil War, and Greta – who also wrote the screenplay – was thrilled that her idea to adapt Alcott’s book for the big screen was received with open minds.

She said: ”It takes place over 10 years, has eight different plot lines, there are two timelines, and lots of characters.

”I feel very lucky and very grateful that this even got made, because it just seems like so unlikely – studios don’t make period movies about sisters based on books. It’s a very unusual movie to have happen.”

The 36-year-old filmmaker believes many of the novel’s themes remain relevant in modern times.

She said: ”The themes underneath the book are authorship, ownership, women, money, art and ambition, and those are totally modern, totally pressing themes.

”And of course, there’s this timeless love story of these sisters and this mother, but also, it’s these themes that I think were so powerful to me. And I think going back to the source – it’s almost like the superhero origin story of girls who wanted more.”

Sofia Vergara May Be Set To Join America’s Got Talent