After thirteen years on the Factory Floor, Gabe Gurnsey has decided it’s time he was afforded time away from his post-industrial roots to explore a wider, altogether warmer, musical landscape. Gabe’s latest album is a solo release and as such features a wholly Gurnsey lead direction, one which some FF fans may not immediately associate with a founding member of his more edgy band. ‘Physical’ is a lighter, less intense and generally more commercially focused album that brings together a whole host of musical reference points and wide ranging influences. 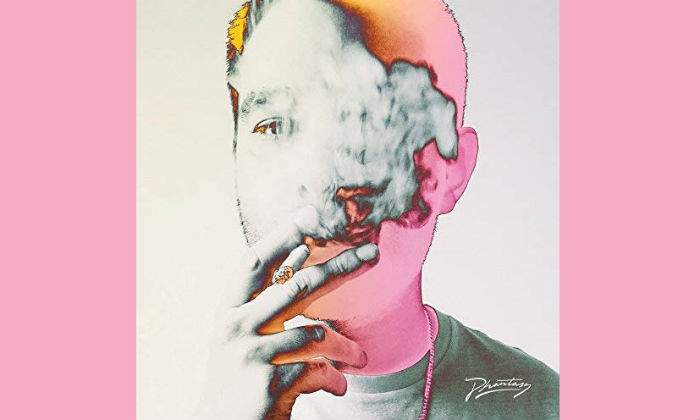 Gurnsey has taken the darker side of his musical soundscape and given it a modernist make-over. Like the musical equivalent of an 80s property developer, he’s transformed his former working environment into a shimmering new habitat. Gabe no longer dwells among the grime of the coal face but in the latest take on a New York Warehouse loft conversion. ‘Physical’ breathes a fresher air than his previous output and is consequently a lot less claustrophobic.

The fourteen track debut from Gabe Gurnsey is an ambitious offering that flirts unapologetically with a more mainstream dance oriented backdrop. ‘Harder Rhythm’ is propelled forward through its scuzzy deep bass beat but picks itself up after the introduction to morph into an intoxicating melange of House, Techno and HiNRG. It’s an underground dance floor filler with a Balearic sensibility. ‘You Can’ too builds its framework around the rumble of the bass beat while all about it the tweaks and bleeps of its accompanying electro arrangement flit in and out as Gabe’s slightly manipulated vocal sits atop. There’s a nod to Cabaret Voltaire and Heaven 17 and even the odd hint of vintage Vince Clarke in amongst the sound of the whole album.

Certain tracks such as ‘Harder Rubber’ and ‘Sweet Heat’ try and push the obvious away and shy away from going down the commercial, immediate route to deliver the dirtiest beats on the album but at its roots, ‘Physical’ wants to break out and be free from its musical shackles. ‘New Kind’, ‘Eyes Over’ and penultimately ‘Night Track’ take the album in a direction that’s more compelling through its lighter release. And when I say lighter, I mean lighter for Gabe Gurnsey, lighter for Factory Floor. This is still no wispy, inconsequential summer soaked breeze, this album still delivers a punch.

Gabe Gurnsey has delivered a tighter set of songs on ‘Physical’ than he’s been formally associated with as he’s explored a more overground mix of beats to produce an album of surprise and delight. As he takes us on a journey through the night you experience his highs and lows as everything unfolds before you. Not all of it works all of the time but I think it’s telling that where it works best is where it feels like he’s let himself be free to do what he wants completely without having to think about what he’s previously written, performed or produced. His newest type of compositions are the ones that lift this album above the ordinary or expected.

E.T. The Extra-Terrestrial Gets A Sequel (Sort-Of)