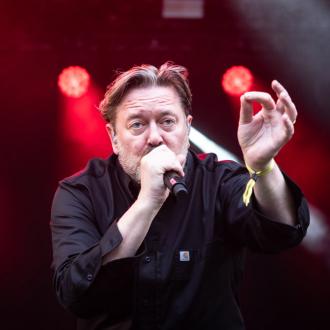 Guy Garvey was so drunk before Elbow‘s 2011 Glastonbury headline set that he had to be carried back to his teepee.

The ‘One Day Like This’ hitmaker was so anxious about their Pyramid Stage set that he got wildly drunk in a bid to calm his nerves, but he got so ”banjoed (sic)” that he needed some help getting back to camp, and when they got on stage, Guy was worse for wear and still in his muddied clothes.

Appearing on Friday night’s (19.06.20) episode of ‘Later… with Jools Holland’, he spilled: ”I’d been saying for weeks to the lads, I know it’s Glastonbury, but make sure we can perform at our best, we’re gonna be there for two days before we play, just don’t go too loopy.

”And then at about eight o’clock in the evening the night before we were due to play, I reached saturation point with anxiety about the performance and got absolutely banjoed and had to be carried back to the Teepee so I had something of the ‘stayed too long at the fair’ already about me when I got on the stage.

”I still had my muddy trousers on, but the love coming off of the crowd!”

Guy insisted Glastonbury is the ”pinnacle” event of the year and he’s always so blown away by how kind everyone is to one another.

He added: ”It tops up my faith in human beings for the whole year, everyone is so kind to each other.

”Playing the main stage there, it gives British musicians – I’m not sure if it’s the same for people who aren’t from the UK – but it gives UK musicians a pinnacle, you know?”

Elsewhere, the 46-year-old singer confessed he’s always ”tongue-tied” when he bumps into his idol, PJ Harvey.

He said: ”When Elbow first got an album away, and we started finding ourselves in backstage areas of festival and things, whenever I saw PJ Harley I was always tongue-tied, I’d try and speak to her and I’d just fall over my words because I admire her so much.”

‘Later… with Jools Holland’ airs from 10pm on BBC Two.