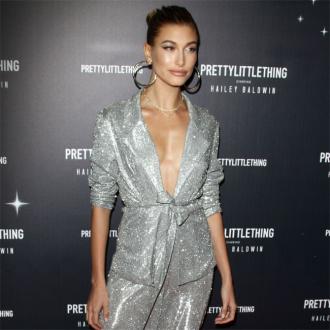 Hailey Bieber still wears a fragrance she stole off Justin Bieber when she was 18.

The 23-year-old model and the 26-year-old singer – who tied the knot in 2018 – briefly dated in late 2015 and early 2016 before splitting up for some time but Hailey admitted that during that time, she stole a fragrance off Justin that she still loves.

She told Vogue.co.uk: ”There are three fragrances in my life. When I was 18, there was a fragrance that Justin would wear, and I thought, ‘This doesn’t smell like it’s meant for a boy. It’s too good for a boy.’ I ended up stealing it… I still wear it sometimes to this day – that’s how I found that fragrance. And then there was a Laura Mercier fragrance, Ambre Vanillé, which I wore for a couple of years straight. And I also love a Bond No9 fragrance, called West Side.”

Hailey also revealed that she and Justin enjoy steam and sauna treatments together but she is not a fan of cold plunges like her husband is.

She explained: ”My husband is much more into steam, sauna and cold plunges than I am. Guess which one of those three I really don’t like? The cold plunge hurts! But when you come out, you’re like, ‘woah!’ I feel re-born. It is tough to do though.

”Justin is very disciplined and really takes care of his body, but it’s good that, while we do things together, we can also do things separately, so I like to get massages. I used to not like them at all, and I found the whole idea of having my body touched by someone you don’t know a little squeamish and weird. But now I’ve found the right person, a woman called Sophie, I wait until I can book in with her, as she’s always very busy.”