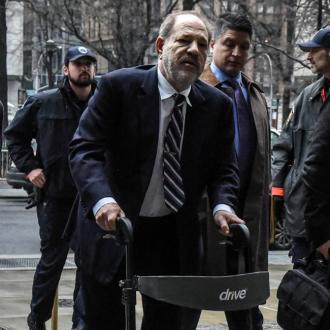 Harvey Weinstein‘s defence team have urged the jurors in his sexual assault case to use ”common sense” to find him not guilty.

The 67-year-old disgraced producer is currently on trial in Manhattan on five counts pertaining to sexual assault – including two counts of predatory sexual assault, two counts of rape and one count of criminal sex act – and on Thursday (13.02.20), his defence team began their closing arguments, where they asked jurors to find Weinstein not guilty.

Defence attorney Donna Rotunno delivered Weinstein’s closing statement, as she said: ”The district attorneys have failed to make their case beyond a reasonable doubt, and on behalf of Mr. Weinstein, we are imploring you to tell them that by [ruling] not guilty.

”You may have had a gut feeling that Harvey Weinstein was guilty. Throw that gut feeling right out the window.

”You need to show that here in New York City, in the United States of America, we don’t cave to pressure. The time to do the right thing is right now.

”I’m going to ask that you use your New York City common sense. Every time you feel emotion taking over, let common sense guide you. This is not a popularity contest … in this country, it’s the unpopular people that need juries most.”

The closing summations in the case come after around three days of witness testimonies by witnesses called forward by the defence, and 11 days of testimony from those called by the prosecution.

Earlier this week, Weinstein himself chose not to testify in front of the jury, which meant the defence was able to rest its case.

Defence attorney Damon Cheronis told Justice James Burke in the courtroom: ”We discussed it with Mr. Weinstein. Obviously, he pleaded not guilty. The state hasn’t met their burden and he’s not going to testify.”

Burke then asked Weinstein if the statement was ”accurate”, to which he responded: ”Yes, that’s accurate.”

And Cheronis added: ”The defence on behalf of Mr. Weinstein rests.”

When the prosecution witnesses testified earlier this month, jurors heard from the three women who’s allegations against Weinstein form the basis of his charges, Jessica Mann, Miriam ‘Mimi’ Haleyi, and Annabella Sciorra.

Sciorra claims Weinstein raped her in the early 1990s, whilst Haleyi alleges she was sexually assaulted in 2006, and Mann has accused Weinstein of raping her in 2013.

If found guilty of the charges against him, Weinstein could face life in prison.

The movie mogul has pleaded not guilty, and has denied all allegations of non-consensual sex.

Gillian Anderson Is The Latest Celeb To Pose Nude For PETA...