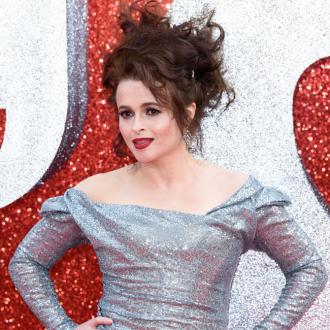 The ‘Crown’ actress split from her longterm partner Tim Burton – the father of her children Billy, 16, and 12-year-old Nell – in 2014 and found love again last year with the 32-year-old writer and she is ”very happy” in her new relationship.

She told Britain’s Harper’s Bazaar magazine: ”I’m very happy with someone else. It’s been a bit of unexpected magic in my life.”

The couple have brought a ”fur baby”, a Tibetan terrier named Pablo, into their household.

The 53-year-old star admitted she grew ”bored” of grieving the demise of her 13-year relationship with Tim.

She said: ”You break up, you grieve, you get bored of grieving, and then you finally move on.”

The ‘Planet of the Apes’ actress is delighted the TV and film industry has changed as she’s more ”fulfilled” than ever before thanks to a rise in interesting roles for older women.

She said: ”When I turned 50, I worried it was downhill all the way. But it’s quite the opposite. I don’t think I’ve ever been happier or more fulfilled. This huge blooming of television means character-driven stories, so there’s a lot of choice and a lot of work. When I was young, you were considered ‘older’ over 30.”

And Helena feels ”really lucky” that there are so few constraints on women these days.

She said: ”My interests are more diverse than pretending to be other people. We’re really lucky as women to be living now, because we’re allowed to do anything.”

The ‘Harry Potter’ star previously spoke of how splitting from Tim had ”changed” her entirely.

She said: ”You go through massive grief – it is a death of a relationship, so it’s utterly bewildering. Your identity, everything, changes.”