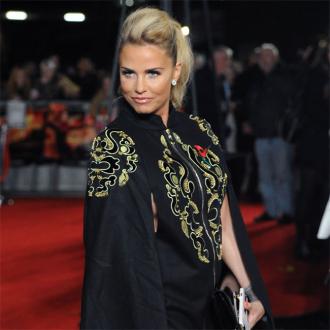 Katie Price will undergo surgery for her broken feet this week.

The 42-year-old reality star fractured both heels when she jumped off a wall at the Land of Legends theme park in Turkey in late July, and has been told by doctors her injuries are so ”severe” she’s had her scheduled surgery moved forward so doctors can treat her as soon as possible.

A source told The Sun Online: ”Katie’s surgery has been rushed forward to this week because doctors say her injuries are really bad – as severe as they could be.

”She’s going in this week and the surgery will be a huge job. She won’t be able to walk for at least six months.

”Katie’s devastated, obviously, but also hopeful that the sooner the surgery happens, the quicker she can start on the road to recovery.”

And Katie’s representative confirmed: ”I can confirm preparation is underway to ensure the next few weeks are cleared for Katie’s recovery post surgery.”

Meanwhile, it was recently claimed Katie – who was in Turkey with her boyfriend Carl Woods, and two of her five children, Junior, 15, and Princess, 13 – could spend up to two years recovering from her injuries, and won’t be back on her feet until at least 2021.

Another insider said last week: ”Doctors are saying she won’t be able to walk for six months, or put any weight on her feet. She needs major surgery on her feet ASAP as it’s worse than anyone realised.

”The recovery could take up to two years. She won’t even be walking around until well into 2021. She’s really upset and can’t believe it’s this bad.”

Katie alluded to the bad news on her Instagram Story when she told her fans she was ”gutted” to have received a ”devastating” update from her doctor, but didn’t elaborate on what the news was.

She wrote: ”Just finished my appointment with my consultant and surgeon about my feet. After further scans, the news is absolutely devastating. I’m gutted.”

Chantel Jeffries Booty in Leggings Out in West Hollywood

Emma Krokdal and Dolph Lundgren Pick Up Groceries at Gelson’s in...