This is an English translation of an article originally published in Forbes Kazakhstan.

A high-class tourism project worth more than $60 million is being implemented in Georgia by Yerkin Tatishev, Chairman of the Board of Directors of Kusto Group. The project includes the restoration of the estate of Prince Alexander, construction of the Radisson Collection Hotel, the renovation of the 40-hectare vineyard and reconstruction of the winery into an organically integrated complex. A highlight of this initiative is the creation of an annual classical music festival, which premieres in Tsinandali from September 8 to 22, 2019. 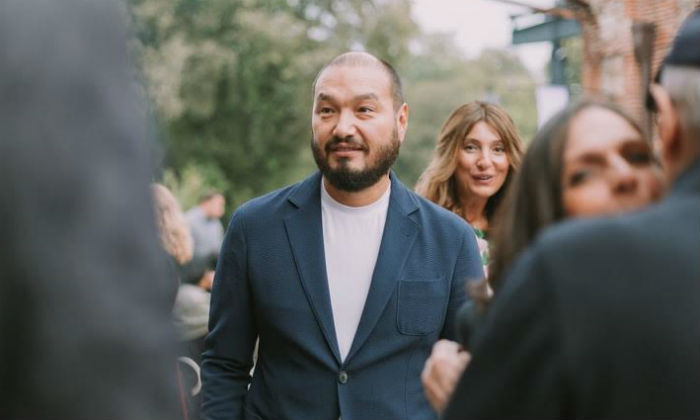 The Estate of Alexander Chavchavadze

In the telling the story of the Chavchavadze estate, the phrase “for the first time” is often repeated. Prince Alexander, the godson of Catherine II, spent many years in the army, participating in the Patriotic War of 1812 and the subsequent Napoleonic campaigns in Europe. In 1817, he returned to his native Kakheti and the village of Tsinandali where he built a European-style manor surrounded by an English-style garden.

The estate became a “window to Europe” for Georgia and for many years served as the center of social life in the country. Evenings passed to the sounds of the piano – the first in Georgia. Alexander Chavchavadze himself was a celebrated Georgian romantic poet, so it is not surprising that Pushkin and Lermontov visited him at his estate. When the famous playwright, poet and diplomat Alexander Griboedov first saw Nina Chavchavadze he was enchanted and soon married her, becoming the son-in-law of Prince Alexander.

Chavchavadze founded the first Georgian winery using European technology near the estate. The famous Tsinandali wine was developed here, and it was on the estate the at wine was first bottled, moving away from the Georgian tradition of using jugs and leather wineskins.

Unfortunately, over the years the estate had fallen into declined. The museum, created by enthusiasts, suffered the same fate in modern times. Nevertheless, this corner of Georgia has retained its charm.

According to Yerkin Tatishev, he first visited Tsinandali with his Georgian business partner several years ago. From that moment, he could not resist the beauty of nature and the magic of history. And the promising prospects the Estate posed for the development of tourism.

“It was easy to fall in love with this place,” the businessman recalled. “Moreover, after drinking the local wine, our hearts were open. And we, in partnership with the Silk Road Group, began this project with the restoration of the Museum of Princes Chavchavadze. It was in disrepair – we removed a remarkable 80 KamAZ trucks full of debris from the property! Then, we decided to build a Radisson Collection hotel adjoining the Estate. By the way, while we bought the land for the hotel, the museum itself remains in state ownership – we rented the property from the government under the condition of restoration and preservation of the historical appearance.”

The opening of the hotel, surrounded by an 18-hectare park, took place a year ago in October 2018. The hotel has everything that is needed for a comfortable stay – a rooftop spa with views of the Caucasus Mountains, 141 suites, a restaurant with Georgian cuisine and a tasting room with a wide assortment of wines. All that was missing was the cherry on the cake. This is when the idea to organize the Tsinandali Festival first came up.

It so happened that George Ramishvili, the Founder of the Silk Road Group, received an invitation to the Verbier Music Festival. This classical music festival is held annually at the mountain resort of Verbier in Switzerland and is considered the No. 1 event in the world of classical music. Here world-class musicians perform and people in love with the classics gather from all over the world to listen.

“George went there and met with the organizers of the festival, Avi Shoshani and Martin Engström,” said Yerkin Tatishev. “He told them about this place and about our project. And they gave us an idea – to replicate the magic of Verbier, but in a different format. Namely, to create a youth pan-Caucasian orchestra in order to unite the region through the universal language of music. The Caucasus, unfortunately, has long been a war zone. But today, Georgia sits at the crossroads of several civilizations: the Arab world to the south, Russia in the north, Europe in the west, and our Eurasian steppes to the east. So, the country is perfectly situated as a host for the idea of unification. And music is the best instrument for establishing harmony.”

It took three years to develop the festival from an idea to a reality. During this time, two concert venues were built on the site of the old dilapidated wine cellars: an open amphitheater with a retractable roof with seating for 1200 and a music hall with a 600-person capacity. In addition, near the Radisson Collection, the Park Hotel was built with 80 units to accommodate musicians of the Pan-Caucasian Youth Orchestra. The facility is also equipped with a rehearsal room for the festival’s own music academy.

The Italian music director, Gianandrea Noseda, a first-rate star among conductors who collaborates with leading orchestras around the world from St. Petersburg to New York, agreed to become the festival’s musical director.

The selection for the youth orchestra took place at the beginning of this year in six countries – Georgia, Armenia, Azerbaijan, Ukraine, Turkey and Kazakhstan. In Kazakhstan, the competition was held at the Almaty Conservatory. Kurmangazy. The university professors, the general director of the Tsinandali Festival, David Sakvarelidze, and Claudio Wandelli, the assistant to Gianandrea Noseda, supervised the auditions. The festival organizers were represented by the Chairman of the Board of Kusto Home, Murat Utemissov, and the famous Kazakhstan musician Erkesh Shakeev.

For three days, this group listened to more than 80 musicians perform, with many coming from Almaty and Nur-Sultan. An invitation to take part in the Pan-Caucasian Youth Orchestra was presented to 14 young Kazakhstani musicians playing various instruments. Since August 16, they have been living at the Park Hotel, preparing for their performances at the festival.

“The selection of musicians is a unique science,” said David Sakvarelidze. “Not only are qualities such as technique and skills considered, but emotionality is also important. Character and timbre are essential, as well as stability. There are so many things to pay attention to. We must not forget about flexibility and thinking, which are important when working as part of a team. We found all these qualities in the Kazakhstani musicians. I have been watching them for a long time, and I am sure that this musicality is somehow interwoven in their genetic code. For Kazakhstan, music is the source, it is a tradition that needs to be developed. Participation in the festival is a good opportunity for these musicians. These performers are the future of Kazakhstani music, and I am sure that after they have enjoyed some exposure in the world of classical music, everyone will be talking about them. And especially about how two girls from Kazakhstan brilliantly play the double bass! This is the most powerful member in our orchestra today.”

Some of the musicians participating in the orchestra this season will receive an invitation to return next year, while other members will be updated to give more musicians an opportunity to share their talents. So, for those wishing for their chance to participate in the festival, they can start preparing for next year’s auditions.

After three weeks of preparation, the Pan-Caucasian Youth Orchestra opened the Tsinandali Festival on the evening of September 8 with the performance of Symphony No. 2 by Gustav Mahler. This is a complex work of the Austrian composer in five parts, including two solo vocals and the participation of the choir, beyond the capabilities of many professional orchestras. But the youth succeeded brilliantly with the task. The soloists who performed with the youth orchestra were In Fan, an opera soprano from China, and Ketevan Kemoklidze, a mezzo-soprano from Tbilisi.

The Tsinandali Festival program will last until September 22. It is expected that concerts which take place twice a day will be attended by at least 30 thousand people, one-third of whom are foreign guests.

“It is very exciting to be on the same stage with world stars, to work under the direction of such a conductor as Gianandrea Noseda,” the young man shared his impressions. “In addition, the program of our orchestra is very cool – Mahler, Brahms, Sibelius. Very complex, but interesting for the symphony performer. In total, we will perform during the festival five times. The preparation period included rehearsals for six to eight hours a day. Difficult, but worth it!”

The musicians attest that this experience is valuable for them, allowing to work with luminaries who conduct and instruct them at a high level. Their professional growth is substantial. There is also the prospect of attracting the attention of the leaders of premier orchestras and receiving potential job offers.

The festival organizers emphasize that giving budding musicians a chance to make friends and to help young people from different countries is their main goal. The project is non-profit, selling tickets only accounts for a small share of the festival’s budget of $3 million. Most of the costs are covered by sponsors and the Georgian government. Incidentally, a few hours before the opening of the festival at the Chavchavadze estate, the president of Georgia, Salome Zurabishvili, awarded the world-famous pianist Dmitry Bashkirov with the Medal of Honor “for his great contribution to the founding of the Georgian piano school.”

“Of course, Georgia is pleased to see such a musical event,” said Yerkin Tatishev. “After all, the country has made a big investment in the development of tourism. Last year, the country was visited by 8 million guests. There is potential for further growth, and such a festival attracts a certain high class of tourism. This festival will give recognition to the country, and businesses and the economy will grow as a result. Musicians will aspire to come and perform here. Just like Verbier, there will be friends of the Tsinandali Festival, thousands of generous and influential families. A whole new world has been created, around which individual worlds will be born, including new business projects. And I hope that the Tsinandali Festival will give rise to something similar in Kazakhstan in one day. Everything has its own time, and one day the hour will come. For now, from scratch, it is difficult to do something like this in my home country. But from the experience we gather here, it will be easier for us to do something similar in the country of Kazakhstan.”

Jodie Comer rules out America move due to lack of pubs