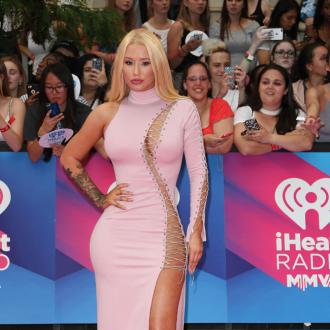 Iggy Azalea gets ”second-hand anxiety” from people who sleep with their pets.

The 29-year-old rap star has taken to Twitter to voice her disapproval of people who allow their pets to sleep alongside them at night.

The blonde beauty wrote on the micro-blogging platform: ”People who sleep in bed with their pets give me second hand anxiety. (sic)”

One of Iggy’s followers subsequently informed the ‘Fancy’ hitmaker that they allow three cats to sleep alongside them.

However, fellow music star Missy Elliott took issue with Iggy’s statement, insisting she needed to have her beloved pets in bed with her at night.

Missy wrote: ”I get anxiety when my babies not with me [crying emoji (sic)”

And that led to Iggy performing a dramatic U-turn on the issue.

She quipped: ”Okay missy Has spoken!

”I will change my feelings about dogs in bed. (sic)”

The rap star said her high school experience meant she found it difficult as she got older to read people and ”tell the difference” when someone was being ”constructive” rather than cruel.

Iggy – who is now one of the world’s best-selling rappers – explained: ”There were people around me that I worked with who were like, ‘We love you and we think that you self-sabotage yourself’.

”I knew that it was true and I think a lot of it was because I got bullied in high school and made fun of because I was always very ridiculous and over the top.

”So it was hard for me in my adult life to be able to tell the difference between somebody being critical and constructive, and somebody bullying.”