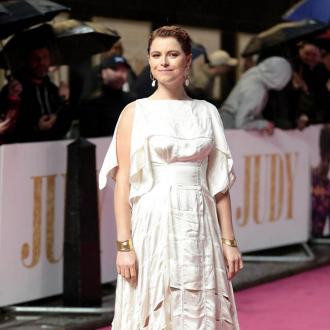 The 29-year-old Irish star – who plays Judy’s personal assistant Rosalyn Wilder in the musical biopic – has recalled how she and Michael Gambon (Bernard Delfont) grew emotional on set watching her ”magic” performance as the late Hollywood legend.

Speaking on the red carpet at the premiere of ‘Judy’ at London’s Curzon Mayfair on Monday night (30.09.19), Jessie said: ”One evening when we were filming Renee was singing ‘Somewhere Over The Rainbow’, in between takes Michael Gambon grabbed my hand and asked, ‘Who’s that girl? She’s incredibly special.’

”The two of us had tears in our eyes. It was magic.”

The film tells the story of Judy’s tour of London in 1969 whilst she battles with alcoholism, depression and substance abuse. She died later that year after an accidental overdose.

Renee has admitted that she was unaware of Judy’s struggles at the end of her life.

She said: ”I assumed she had lived out her days being celebrated. I didn’t know she was having financial hardships and having difficulty getting work.”

And the 50-year-old ‘Bridget Jones’ star absorbed a lot of material for her role.

She said: ”We had a lot of references from interviews that she did.

”I had them in my headphones all the time so I could hear her voice.

”Everything was around all the time. Her photographs, her books and her music.”

There has been some controversy surrounding the movie, as Judy’s daughter Liza Minnelli has refused to give the film her approval.

Despite the rave reviews for Rupert Goold’s movie, Liza is reluctant to watch it because it shows her whirlwind romance with musician Mickey Deans, her future fifth husband, and touches on her struggles with drugs and alcohol use and she doesn’t want to remember her mother like that.

A source told TMZ that Liza, 73, ”most likely” won’t see ‘Judy’ because she stays away from on-screen depictions of her mother.

Liza – who has struggled with alcoholism and prescription drug addiction herself – would rather fans of her mother remember her by watching her classic films or listen to her records.

The ‘Sex and the City’ star also hasn’t been in contact with Renee about her portrayal of her mother.

Speaking in 2018, she stated: ”I have never met or spoken to Renee Zellweger. I do not approve or sanction the upcoming film about Judy Garland in any way.”

‘It stays with you for life’: Lady Gaga opens up on her childhood bullying ordeal

Peter Andre worried about sending his kids back to school