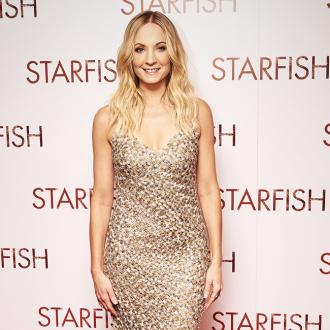 Joanne Froggatt has promised the ‘Downton Abbey’ movie will feature everything fans loved about the TV show.

The 38-year-old actress has reprised her role as maid Anna Bates in the upcoming big screen spin-off and though she’s sworn to secrecy about plot details, she doesn’t think viewers of the period drama, which ended four years ago, will be disappointed.

She said: ”The people who love the TV series are the people who are going to want to see the movie, for the most part, so I think it’s got all the things that people loved about ‘Downton’, but elevated. It looks very cinematic; there are big, beautiful set pieces.”

Though Joanne insisted recent reports there are already plans for a second ‘Downton’ film haven’t yet been confirmed, she would happily reprise her role again for another movie.

She told The Times newspaper: ”If people still want it. One step at a time, but if we can do something really quality, then yes. Never say never.”

The British actress won a Golden Globe and was nominated for three Emmy awards after the fourth series of ‘Downton’, which featured her character being raped by a footman, and she had no idea it would get ”so huge”.

She recalled: ”It felt like a snowball effect. I didn’t really have any idea that it was going to be so huge. I can experience that even more looking back on it, somehow. I can think now, ‘Wow, that really was incredible.’ ”

The ‘Mary Shelley’ actress is happy to still be recognised as Anna wherever she goes and doesn’t view it as a ”problem”.