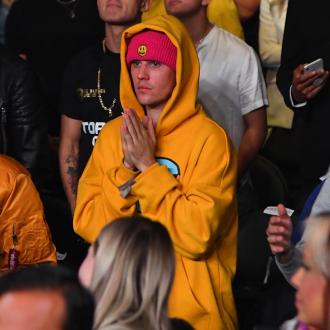 Justin Bieber was worried he’d be ”unfaithful” to his wife Hailey Bieber.

The ‘Sorry’ hitmaker has admitted he was ”extremely nervous” before he popped the question to the 23-year-old model in 2018 because he didn’t know if he could make such a ”serious commitment” even though he knew he wanted to wed her.

Speaking on ‘The Ellen DeGeneres Show’, the 25-year-old pop star said: ”I was extremely nervous. I felt, like, in the past, we talked about, you know, me asking the question and it felt like she would say yes.

”Because, you know, that’s a serious commitment when you say you’re going to love someone for better, for worse and, like, be faithful. That’s a huge. Am I able to do that? And so, I think that’s really what I was battling with.”

But the ‘Yummy’ singer finally decided to go through with the proposal.

He explained: ”But I finally was like, ‘I’m gonna make the decision and follow through with it and be a husband and, you know, this is what I’ve always wanted. I’m gonna choose this woman and just do it.’ ”

Despite initially being torn, Justin – who was previously in a long-term on/off relationship with Selena Gomez – has known Hailey for 10 years.

He gushed: ”I had no idea that I was going to marry her at that time. But I’m glad it worked out because she’s an amazing, amazing, amazing person. She really is. She’s super precious. I enjoy spending my life with her.”

Justin explained Hailey inspired his single ‘Yummy’ – in which he details having ”toe-curling” sex – but claimed it was inevitable because they’re ”married now.”

He said when asked what the new track was about: ”My sex life. Yeah, I mean it is what it is, right? I’m married now…Is it getting hot in here?”

Justin and Hailey got married at a New York City courthouse two months after they got engaged but they then tied the knot again in a big ceremony in front of their friends and family in South Carolina a year later on September 30, 2019.