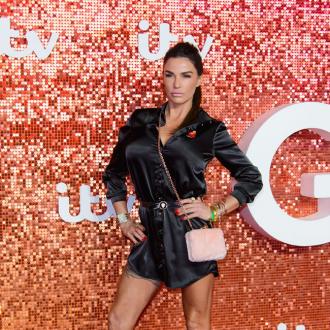 Katie Price reportedly splashed out £600 on quad bikes for her children Bunny and Jett for Christmas.

The 41-year-old media personality was declared bankrupt in December, but reportedly forked out around £325 each on two quad bikes for her two youngest children – Bunny, five, and Jett, six – whom she has with her ex Kieran Hayler.

Katie – who also has 18-year-old Harvey with Dwight Yorke, and Princess, 12, and Junior, 14, with Peter Andre – is believed to have gifted her kids the petrol powered mini quad bikes as she doesn’t want them to ”miss out” whilst she battles with bankruptcy.

An insider told The Sun Online: ”Katie got them delivered last week and is really pleased with them – the kids will have to be supervised and wear helmets when they ride them, obviously.

”They’ll love them – Katie says she might be bankrupt, but never wants her kids to miss out.”

Meanwhile, it seems the beauty is getting back on her feet, as she took to the stage at Essex hotspot Sheesh on Wednesday (15.01.20), where she entertained diners with a set of various tracks.

Katie was warming up her vocals before heading to France this weekend when she will perform at the Klub Summit UK Garage Festival in Val Thorens, France on January 19.

The ‘My Crazy Life’ star has dabbled in the music industry before, and it was reported last month she hopes to record ‘A Whole New World’ – the duet she once sang with former husband Peter Andre in 2006 – with Dane Bowers in a bid to help ease her financial crisis.

An insider said at the time: ”Katie reckons she can have a huge hit with Dane – he’s got a great voice, so has she.

”Her mate Rick Live has already agreed to produce it and reckons it’ll be an upbeat, dance version of A Whole New World.

”She said she made it platinum with Pete, and it’ll be even bigger with Dane.”