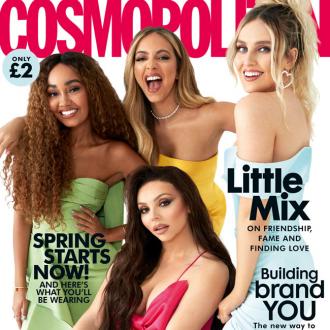 Leigh-Anne Pinnock doesn’t feel like she has a ”normal relationship”.

The Little Mix singer live with her boyfriend, Watford player Andre Gray, but they don’t spend much time together because of their respective careers, and although it’s tough, she looks at the positive side, which is that things are always ”fresh” between them.

She told the new issue of Cosmopolitan magazine: ”I feel like I don’t have a normal relationship. I live with my boyfriend and still don’t see him.

”The team stays in hotels before matches, so if they have two a week I don’t see him. It’s insane. If I had a normal job I’d see him more. It’s got its pros, as it stays fresh for a long time… it’s a thing I have to accept.”

The ‘Wings’ hitmaker has to ”fight” every year to get a break when the football season is over so she and Andre can spend some time together.

She said: ”Every year I have to fight for a week off in June. We work for the whole year; we don’t really get that much time off.”

Leigh-Anne, 28, admitted she’s accepted her flaws now but in the early days of the group, she and her bandmates, Jade Thirlwall, Jesy Nelson and Perrie Edwards, used to struggle with their confidence because of comparing themselves to one another.

She said: ”Being in a girl band, the first thing I did was compare myself to the other girls.

”Jade and I wanted nose jobs. I can’t believe I thought like that. I love my nose.

”I think it’s age as well – you just have to learn to love yourself more.”

Leigh-Anne isn’t the only member of the group who struggles dating a footballer as Perrie also finds it hard because her boyfriend, Liverpool player Alex Oxlade-Chamberlain lives in Manchester and she’s based in London.

She said: ”My boyfriend only lives in Manchester, but it is like he lives f**king ages away.

”As soon as we get a day off, the thought of having to drive to Manchester is an effort.

”But because I want to make it work and I absolutely adore him, I just grin and bear it. It’s hard.

”I always say to management if we haven’t got two days off back to back, I won’t see my boyfriend.”

The full interview with Little Mix features in the May issue of Cosmopolitan magazine, which is on sale 26 March.

Zoe Kravitz Set To Star As Catwoman in The Batman