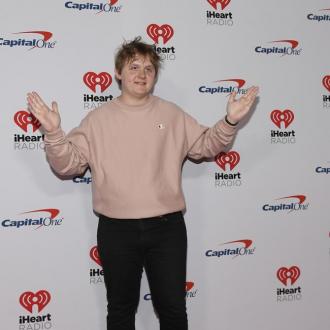 Lewis Capaldi‘s record label sent him to an etiquette expert so he would learn how to walk and talk properly.

The 23-year-old pop star attended a three-hour session with celebrity party organiser Liz Brewer at her home in Chelsea, West London, back in October 2018.

She told the Daily Record newspaper: ”He wasn’t a big star then and didn’t have the reputation he has now. But they must have thought he had potential to spend that money.

”He was a good pupil and listened carefully.”

Liz refused to confirm exactly how much she was paid for the session, but she admitted it was ”well over four figures”.

She continued: ”None of the classes included any swearing and he never swore when he was with me. He was a perfect pupil.

”It’s a great shame he feels he has to swear now as he’s a nice guy with huge talent. I think it’s an age thing and I’m sure he will grow out of it.”

A spokesperson for Lewis confirmed the etiquette session was part of a jokey video series filmed around the release of his single ‘Grace’.

The spokesperson added: ”Lewis’ team loves him exactly how he is.”

The singer – who won the Best New Artist and Song of the Year accolades at the BRIT Awards in February – and Paige dated each other for around one year, and despite their split, they remain on friendly terms.

Paige – who won the popular dating show – said: ”I actually text him to say congratulations on his BRITs. Yeah, he text me back to congratulate me on ‘Love Island’ so it’s good but I haven’t really had a chance to catch up with anybody.”