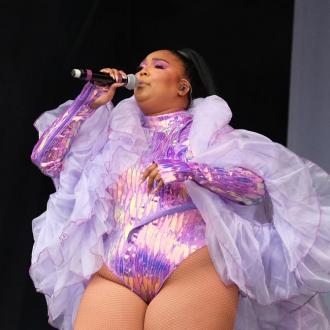 Lizzo is back in the studio working on ”new bops”.

The ‘Truth Hurts’ hitmaker’s feet have barely touched the ground since she released her acclaimed album, ‘Cuz I Love You’, last year, but now she is back home, she has been straight back into the recording booth and given fans a little taster of what she’s been up to.

Alongside a clip of the 31-year-old singer-and-flautist belting out the word ”bow” repeatedly whilst curling her words, Lizzo wrote:

”GUESS WHO BACK FROM THE BIG CITY????? Y’all know what this means? It’s time for new bops BOW BITCH BOW! What should I call this song? (sic)”

In the clip, which she made on TikTok, the ‘Juice’ singer said: ”And now, the most important vocal that will ever go on the 12-bar-blues.”

The video has already gotten the seal of approval of several other big names in music, including rapper Lil Nas X, who hailed the new tune ”a classic” just from the vocal in the comments.

The studio update comes after Lizzo explicitly referred to her music as ”fried ostrich p***y”.

The musician admitted she can understand her critics because she’s relatively ”new” to the scene, and people will generally stick with what they know rather than immediately embracing an artist pushing a fresh style.

She said: ”Look, I’m new. You put two plates of food in front of people, [and] one is some fried chicken.

”If you like fried chicken, that’s great. And the other is, like, fried ostrich p***y. You not gonna want to f**k with that…

”[But] we eventually get used to everything. So people just gon’ have to get used to my ass.”

The ‘Good as Hell’ hitmaker insisted while her music should make ”other people feel good”, she is keen to send a message ”directly to black women” through her songs.