From New Zealand, via Berlin, Lydia Cole came to play at not only one of the smallest theatres in the UK, but also one of the smallest in the world. The Tom Thumb Theatre (TTTT) in Margate, a former coach house, seats no more than sixty guests in its velveteen drop down seats and between its bordeaux flock wallpapered walls. 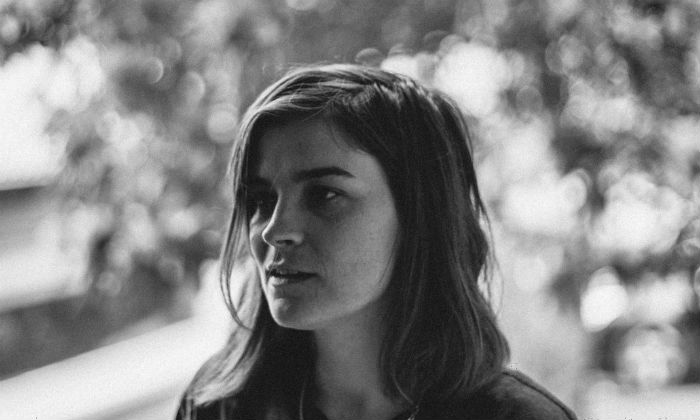 Since its conversion in the mid ’80s, TTTT has been entertaining people with a varying arts programme on Margate’s Eastern Esplanade. Tonight Lydia Cole swapped the inner city bustle of her NZ home town Kingsland, and her new European base of Berlin, for the relative coastal calm of South East Kent as she approached the end of her first UK and Ireland tour.

The setting only enhanced the evening. It’s a privilege to be able to listen to any artist in such intimate surroundings but especially so when their music lends itself to such a venue. As we entered from street level through a red carpet rope walk (minus the carpet!), a mere stone’s throw from where Pete Doherty and Carl Barat are busy refurbishing their recently purchased hotel, there was a sense of occasion even before a note was struck.

Lydia’s performance was full of amusing anecdotes as she addressed the captivated crowd with tales about her mother, failed and successful long distance relationships and potential trips to Margate’s Shell Grotto on her day off. The gig was bookended rather uniquely too. With a song taken from Charlotte’s Web to start and another about God to end this was not your run of the mill setlist.

The crisp, clear and delicate vocals that Lydia produced on the night were fantastic with more than one audience member commenting on her performance as reminding them of Eva Cassidy. She was candid ahead of performing ‘The Fool That I Am’ as she explained its origins in blunt criticism from friends of what they didn’t like about her and she amused everyone with fun facts about still having two milk teeth.

Set highlights came in the form of ‘Hibernate’, ‘Drawbridge’ (Lydia’s song written in the wake of her failed long distance relationship) and her close-out track, ‘Undone’; all songs lifted off of her 2012 album ‘Me & Moon’. Newer songs drawn from last year’s album, ‘The Lay Of The Land’, including the ethereal ‘Dream’ and a wonderful version of ‘Sober’ (echoed and enhanced by an electronic bass), showcased her talent at storytelling through songwriting.

Lydia’s songs were almost fragile in their construct and arrangement and required precision and poise as she delivered song after song with great skill, tempering her voice to hit each note. There were a few guitar tuning issues along the way, the sea air getting the blame for a hiccough in proceedings, but on the whole Lydia’s performance was extremely engaging. The evocative and stripped-back songs worked brilliantly in TTTT, including a re-working of the Doris Day classic, ‘Whatever Will Be, Will Be’.

Lydia thanked everyone for “being people on seats and laughing at my jokes” and re-iterated her excitement about coming to play in Margate as she brought the evening to end with her very personal song about God entitled ‘Undone’. She’d laid herself bare and shared some fondly remembered moments with a performance that pulled everyone in. The Tom Thumb Theatre and Lydia Cole proved to be a winning combination.