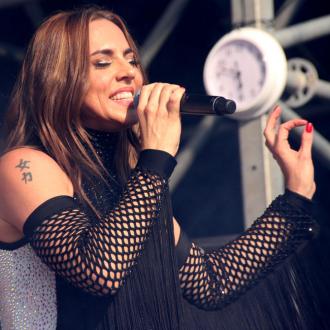 Mel C says being Sporty Spice again allowed her to ”really embrace every part” of herself.

The 46-year-old singer has returned with her new nostalgic solo single ‘Who I Am’ today (20.03.20), and in the accompanying music video Mel walks through a museum of her life as she reflects on her biggest moments as her Spice Girl alter-ego and her solo career.

And in a new interview, the ‘Viva Forever’ hitmaker has admitted the girl group’s reunion tour last year was ”incredible” and that she and her bandmates – Emma Bunton, Geri Horner and Mel B – are ”much closer again”.

Speaking to the Daily Mirror newspaper, she said: ”Touring with the girls was incredible.

”It was such a magical experience.

”Spending time with the girls and becoming much closer again was really special too.

”I loved being Sporty Spice again – it helped me really embrace every part of myself.

”Making my new album I began to realise a new chapter in my life emerging.”

When Mel started working on her eighth studio album, she admitted she was reminded that there are ”still some painful memories”, but ultimately she feels like she is embarking on a fresh chapter in her life and solo career.

The ‘Northern Star’ singer also explained that working on the follow-up to 2016’s ‘Version of Me’ made her realise she needs to be ”kinder” and ”less critical” of her self, as she opened up about always putting pressure on herself to be perfect.

She continued: ”I feel braver as I get older and can look back on how everything has made me the person I am today.

”I’ve learnt to appreciate and be kinder to myself and that we are all capable of so much more than we give ourselves credit for.

”I also learnt there are still painful memories and life is a work in progress.

”Always striving for perfection and not being happy is exhausting, I’ve learnt to be less critical of myself.”

The Walking Dead’s Lauren Cohan To Star In ABC Pilot

Watch The Teaser Trailer For Quentin Tarantino’s Once Upon A Time...