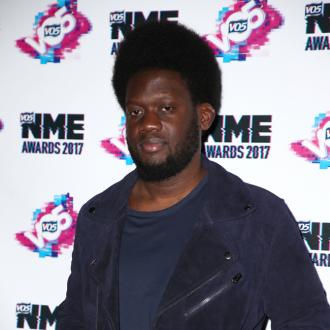 The 32-year-old singer/songwriter returned with his third self-titled studio album ‘Kiwanuka’ last week, and he has admitted it was a ”therapeutic” process for him because he’s been able to ”tackle” his ”worries”.

In an interview with The Sun newspaper, he said: ”It’s been a therapeutic album for sure.

”I’ve had anxiety before but this time I had anxieties of a different kind.

”I’m 32 and I knew I had to tackle my worries properly or they were going to remain.”

Part of the ‘Cold Little Heart’ singer’s anxieties have related to the pressures to live up to ”high standards” and finding his ”Identity” and space alongside his peers.

He explained: ”I guess it’s about identity, fitting in and finding the confidence to enjoy it.

”I always use football analogies. I’m a big Spurs fan. Dele Alli has been struggling but last Sunday he scored and for ten minutes he was back to his old self, with that confidence and we saw him again.

”I’ve just had to get used to feeling right about my part in music, as there are high standards wherever I go. ”Sometimes I find it suffocating and I find everything nerve-wracking and wonder if I am good enough or if I can keep up.

”It’s like imposter syndrome. It’s the same self-doubt or not fitting in that I’ve had all my life.”

Michael now lives with his wife Charlotte and their puppy in Southampton in south west England, and he has admitted that he doesn’t ”look for acceptance as much because she has his corner”.

He said: ”Things have been great since I got married.

”I don’t need to look for acceptance as much because she has my corner.

”When we first met it was tough, as the work-life balance is difficult in this business.

”I’d always be off somewhere but that’s why we like living outside London — because we can have quality time.

”I want to do it the best way and make sure I can do it.

”It means I’m closer to my family, too.”

The soulful singer added how he would love to have children when the time is right.

He said: ”I think we will have our own family soon but until then we have the dog, who loves bouncing around like a maniac. ”He’s good. For a young puppy, he’s pretty well-behaved, even though he’s about to become a teenager.”