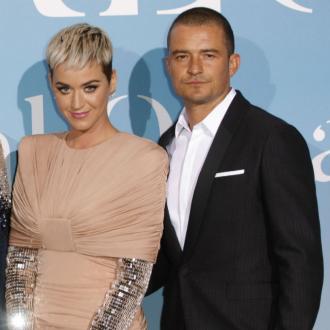 Orlando Bloom and Katy Perry are ”slowly planning their wedding”.

The ‘Pirates of the Caribbean’ star and the ‘Dark Horse’ hitmaker are preparing for their big day after getting engaged last month but they haven’t ”set a date” for the wedding just yet.

A source told People magazine: ”They’re slowly planning their wedding but they don’t have a date yet. Their past weddings were, of course, very different. They are trying to find a middle ground now …

”Orlando always shied away from anything flashy. He doesn’t want a huge, celebrity wedding. But they also have many friends that are important to them. They are still figuring out the details. Katy will work with a planner.”

Meanwhile, a source previously claimed Katy is convinced Orlando is the ”right man for her life” and they are ”over the moon” about the thought of married life.

An insider explained: ”Katy and Orlando have been looking forward to this day for a very long time and they are over the moon to embark on their lifetime commitment. They talked about an engagement even before their breakup in 2017 but Katy wasn’t ready. She just wasn’t ready at first but soon after some time away, she knew Orlando was the right man for her life. They have been very hush, hush about it but have known for a very long time they wanted to be engaged. They have been preparing for this.”

She said: ”I’m very pragmatic and logistical and I am less fantastical about things. I mean, I was married when I was 25. I’m 34. It was almost 10 years ago. I was like, ‘One person for the rest of my life,’ and I’m not so sure that that idea is for me. I’m just such a different person than I was.”