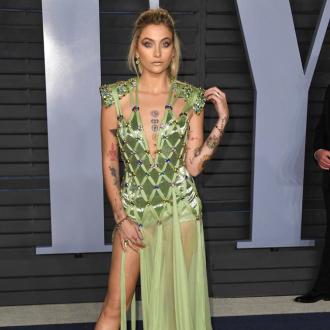 The 21-year-old daughter of the late Michael Jackson – and his ex-wife Debbie Rowe – attended Ryan Gordy Foundation ’60 Years of Motown’ celebration where she dazzled the crowd with not one but two glorious dresses.

As she tried on her second dress of the evening – an elaborate off-white gown with silver gems – she said: ”This is my second dress and I feel like a princess. I never actually went to prom. I skipped it to go see Metallica, so this feels nice. I would want my prom dress to look like this.”

Her big brother – who wore a matching black tuxedo bedazzled with similar jewels – approved of his sister’s appearance.

The pair then left their Waldorf Astoria suite in Beverly Hills, California to give a speech at the event for Gordy – the founder of the Motown record label.

Meanwhile, the sibling’s mum Debbie has given her approval of Paris’ boyfriend, Soundflowers bandmate Gabriel Glenn.

She said in September: ”I’ve met him. I think he’s a lovely boy.”

In April, Paris hailed Gabriel the ”light of [her] life” in an Instagram post to mark their first anniversary.

Alongside several pictures of the pair, including snaps of them locking lips and playing music together, she wrote: ”you’re the light of my life. thank you for making me the happiest and luckiest girl in the world. happy anniversary baby can’t wait for another trip around the sun (sic)”

It was previously claimed that Gabriel was a hit with Paris’ friends and family because he is ”super supportive and understanding” of her.

An insider said: ”He’s a musician and they play together in a band. [They’ve been together] for several months and he is super supportive and understanding about how hard the last few weeks have been for Paris.

”He’s been there for her and they have grown closer through this. He’s been a constant in her life and she really needs him right now.”

Arrow’s Eighth Season Will Be Its Last