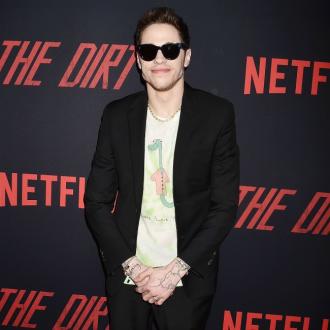 Pete Davidson’s audience reportedly has to sign a $1 million nondisclosure agreement (NDA) for his show.

The 26-year-old comedian performed at the Sydney Goldstein Theatre in San Francisco on November 27 with the contracts in place, and over the weekend it was claimed fans also had to sign before taking their seats at the VIc Theatre in Chicago.

Punter Stacy Young – who had bought a ticket for the San Francisco performance – shared a copy of the alleged NDA on a Facebook post.

It noted that ”by signing this agreement, you are agreeing not to discuss any details of the show you are about to watch or your experiences at this event”, with posts on blogs and online outlets prohibited alongside social media platforms.

It’s said any breach of contract would ”require payment of $1 million in damages” on top of any resulting legal fees.

As well as signing the agreement, fans were asked for their contact details and social media accounts, and they also had to hand over phones or recording devices during the performance itself.

Stacy wrote: ”I understood and was willing to consent to the initial request of locking up any phones or cameras brought to the event, but I think this a bit ridiculous and over the top.

”I get that comedians are protective of their jokes and don’t want their routines rebroadcast, but it’s rather Orwellian to not allow anyone to share an opinion on it. Don’t perform for the public if you don’t want people to have an opinion about it!”

She decided not to sign the NDA, and told Variety that she was given a full refund by the venue.

She said: ”I didn’t want to sign it because it was basically saying that I wasn’t able to comment on it or have an opinion. The most you could say is ‘no comment.’ ”

Meanwhile, an employee for the venue has told the San Francisco Chronicle that the Goldstein Theatre team was told about the NDA the day before the show took place.