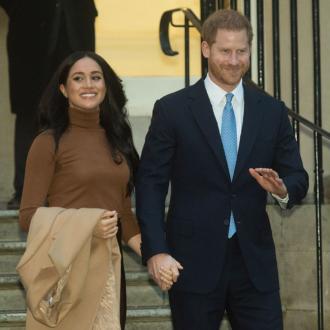 Prince Harry has been told by ”a lot” of people that they have ”his back”, following his decision to step down as a senior member of the royal family.

The Duke of Sussex and his wife Meghan attended one of their last royal engagements at the Endeavour Fund Awards at Mansion House in London on Thursday night (05.03.20), where they celebrated the achievements of wounded, sick and injured servicemen and women who have participated in sporting and adventure challenges.

Harry – who himself served in the British Army for 10 years, undertaking two tours of Afghanistan – presented Army veteran Tom Oates with the Henry Worsley Award, which is given to those who have battled through adversity, whilst inspiring others.

And during his speech, the 35-year-old prince – who has nine-month-old son Archie with the former ‘Suits’ actress – opened up about how serving the Queen and country ”never leaves us”, whilst he shared how many people at the event told him they support the couple.

He said: ”Meghan and I are so happy to be back here with you, to celebrate each and every one of you for your achievements, your service and your resilience.

”For some, the military community represents a brotherhood or sisterhood that no other organisation can provide, and for others it’s a way of life which you never want to leave. For a lot of us, it’s both.

”Being able to serve Queen and country is something we all are rightly proud of, and it never leaves us. Once served, always serving!

”A lot of you tonight have told me you have my back, well I’m also here to tell you, I’ve always got yours.”

Meghan, 38, also presented an award and said it felt ”very nice to be back” as they made their first joint official engagement since announcing plans to step back from royal duties.

The couple – who married in 2018 – are due to formally end their official duties on March 31.

Despite this, the Queen has reportedly told the couple that they will ”always be welcomed back” into the royal life.

The Duke recently held a four-hour meeting with his grandmother, and she is said to have told him the door is always open if he and his spouse change their minds.

The monarch reportedly told him: ”You are much loved and will always be welcomed back.”

A royal source said at the time: ”The Queen had a lot to talk to Harry about and this was the ideal time for them to both say their piece.

”When Harry and Meghan announced they wanted to quit it all happened very quickly and it was very stressful for all concerned.

”Sunday was the first time the Queen has had the chance to talk to Harry on his own and really find out what his plans are. It was a much more relaxed environment and they were both able to speak their mind.”

The Queen is believed to be ”very upset” by the Duke and Duchess’ decision to leave, but the talks are said to have ”cleared the air” between them.

The insider added: ”She made it very clear to him that he and Meghan are always able to come back if they change their minds and she will welcome them with open arms.

”Hopefully the chat cleared the air and the way forward is looking more positive.”