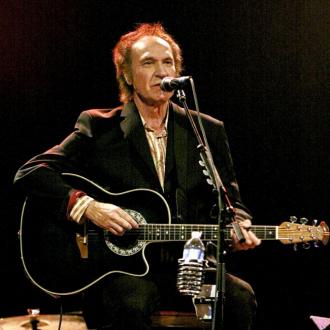 The 75-year-old musician has had a life-long ambition to create a grandiose theatre show and he now feels as though he has the time to make his dream a reality.

In an interview with The Sun newspaper, he said: ”I’ve got this mad idea to do an opera, my kind of opera. It will have a groove.”

The Kinks’ music has had a major influence on numerous bands and artists over the years, such as The Jam, James Bay, Oasis and Blur, and Ray is pleased that his tracks have played a part in inspiring so many other songwriters.

He said: ”It’s flattering. They saw something in us worth being inspired by.”

This month marks the 50th anniversary of the band’s acclaimed seventh studio LP ‘Arthur (Or the Decline and Fall of the British Empire)’, which was inspired by his older sister Rosie and her husband Arthur Anning who both turned their back on post-war Britain to emigrate to Australia in the 1960s.

Ray thinks the themes of disillusionment and despair contained in some of the songs from that album resonate with what is happening in politics in the UK today.

He said: ”Poor old Arthur. I think he’s one of the forgotten masses. He was an enigma, just a plain, ordinary man, working class. I’ve always been attracted to those characters, the silent majority.

”Arthur felt betrayed like so many servicemen after the war. I got a feeling of despair from him because he thought that what his generation fought for was being lost … He saw the future and that’s why he had to get out.

”There’s an eerie connection with now. Arthur felt trapped and lots of people in this country feel trapped. They have no voice, they don’t live in London and they don’t have access to all the right media. It’s a pop-up society and pop-ups only give you limited information.”

Ray’s opera plan could quash the hopes of Kinks fans who have been hoping for new music and concerts from the band after the ‘Waterloo Sunset’ singer patched up his strained relationship with his bandmate and brother Dave Davies in 2018.

The brothers last performed together in 2015 when Ray joined Dave at a gig in London for a rendition of ‘You Really Got Me’.

It was the first time in almost 20 years they had shared a stage with one another.