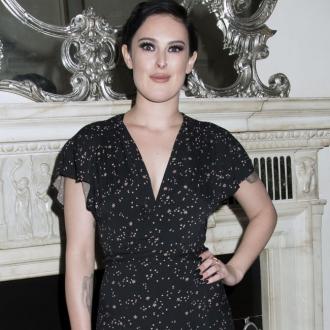 Rumer Willis felt ”so angry” with Ashton Kutcher for ”taking away” her mother.

The 31-year-old actress recalled feeling upset and confused when Demi Moore wed the ‘Punk’d’ star and they wanted a baby together as she and her sisters, Scout and Tallulah – whose father is Bruce Willis – were almost grown up as it made her feel like she was ”not enough” for the ‘Ghost’ actress.

She said: ”So much of that time, especially with Ashton, I was so angry because I felt like something that was mine, had been taken away.

Demi fell pregnant but tragically lost the baby in her second trimester and Rumer admitted she was so against the idea of having another sibling, she moved out of home shortly afterwards.

Appearing on ‘Red Table Talk’ alongside Demi and Tallulah, she said: ”Part of the reason I moved out of the house was I think after you had a miscarriage I literally was just like, ‘Why are you so desperate to have another kid?’ and I couldn’t stand the idea.’ ”

But the ‘House Bunny’ star softened when she saw pictures of her mother shortly before she miscarried and it made her realise how ”insensitive” she had been.