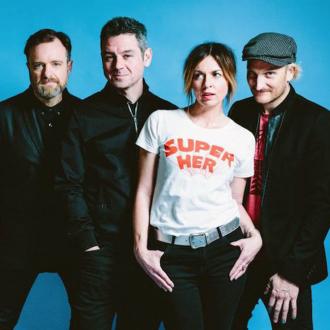 Sleeper are reissuing their debut album ‘Smart’ to mark its 25th anniversary and have announced a UK tour with The Bluetones.

The ‘Inbetweener’ rockers – who split in 1998, before reuniting in 2017 – have announced a deluxe re-issue of their 1995 LP to celebrate the milestone, which will be available for the first time ever on Limited Coloured Vinyl, as well as CD, with 10 additional B-Sides, rarities, and new photographs of the group.

On the day the record came out, frontwoman Louise Wener – who is joined by original members Jon Stewart and Andy Maclure and new bassist Kieron Pepper in the rock band – recalled: ”We can’t believe it’s 25 years since ‘Smart’ was released.

”On the day it came out we all jumped on the 73 bus to HMV Oxford Street to see the giant window display.

”Andy and Jon got a b*****king from staff for putting the vinyl at No.1 in the racks – by Saturday it ended up at No.5 – still a totally surreal feeling.

”We cannot wait to play this record in full and take it out on tour.”

The ‘Nice Guy Eddie’ group’s co-headline tour with indie stars The Bluestones, which kicks off on August 28 at the O2 Academy in Glasgow, will see both bands play their debut albums in full, as well as their biggest hits.

The Bluetones released their first LP, ‘Expecting To Fly’, in 1996.

Sleeper reunited to play four dates in the UK in the summer of 2017, as part of the Star Shaped Festival.

A year later, they released their first album in 21 years, ‘The Modern Age’.

Louise admitted they jumped at the chance to tour with their fellow Britpop peers The Bluetones, but admitted they didn’t think they’d be able to manage playing a whole record in full at first, but soon started coming up with different ideas.

She said of the shows: ”Our comeback gig after 20 years away was organised with the Star Shaped Festival, and we’ve felt connected to those tours ever since.

”We love the venues and enjoyed playing with The Bluetones: so when the idea was put forward it was an easy yes … We’ve never played an album in full, even in the 90s.

”Our first response was, I’m not sure we can do it, and then we had all sorts of ideas that made it feel exciting.”

Tickets for the tour are on sale now and the reissue of ‘Smart’ is released on June 5.

Sleeper and The Bluetones tour dates are: