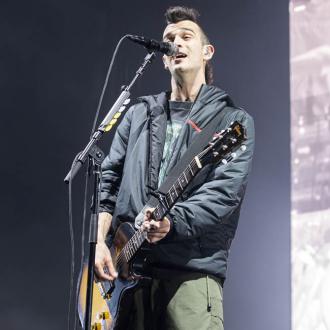 The 1975 are planning ”some great inclusive things for isolation”.

According the band’s manager Jamie Oborne, Matty Healy and co have some treats in store for their fans to keep them occupied during the coronavirus pandemic, whilst he also teased that their upcoming LP, ‘Notes On A Conditional Form’ is ”f***ing good”.

”We’re planning some great inclusive things for isolation it’s gonna be a weird time for sure but at least we have music and each other to be embrace it with.”

He also confirmed that the track ‘Shy Too’ is on its way soon.

Responding to a fan who was eager for the song to come out, he replied: ”Too shy coming soon it’s so cool everyone loves it already (sic)”

Meanwhile, Matty recently defended their decision to delay the release of the record, and insisted he will ”never” put out music he’s ”not happy with”.

The ‘Love Me’ singer admitted that although he understands fans’ ”frustration”, he ”doesn’t care” because he’d rather make the best music the group can.

Replying to a now-deleted post on Reddit, he wrote: ”I never said it was s**t lol it’s f***ing amazing.

”Listen you want me to be honest I’m never gonna put out a record I’m not happy with – even if you’d ‘like’ it to come out earlier. People love dates, fans, labels etc but I’ve always said it was gonna come out when it’s finished.

”And I’ve just finished it. So it will come out as soon as it’s physically made. And I put out a single less than a year after Brief inquiry.

”And continued to release music essentially every month up until now. So as much as I get your frustration Cos you want it I also don’t care Cos it’s so good and that’s just life.(sic)”

The record was originally due for release on February 21 and was pushed back to April 24.