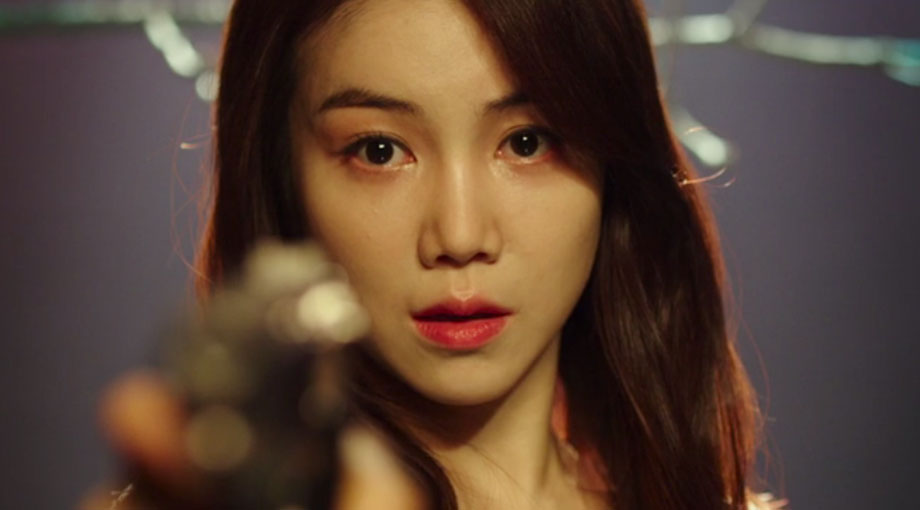 Raised to be a killer from a very young age in Yanbian, China, Sook-hee (Ok-bin Kim) is a deadly government assassin whose life is complicated by her blossoming relationship and double life as a stage actress. Being a hitwoman is certainly not her chosen vocation in life, but she agreed to at least ten years of service as a special agent following the tragic death of her tutor. However, it seems that her violent past is not ready to be put to bed just yet. With the arrival of two men she once knew named Joong-sang (Ha-kyun Shin) and Hyun-soo (Jun Sung), she starts to piece together some disturbing truths about her past which awaken the unwilling executioner within – and now she only has one thing on her mind: revenge.

‘The Villainess’ (also named Ak-Nyeo) is an action-packed, blood-soaked, South Korean thriller directed by Byung-gil Jung (‘Confession of Murder’) who wrote the screenplay with Byeong-sik Jung. It came second place for Fantasia Film Festival’s Audience Award for Best Action Feature and is set to be released in US theatres on September 15th 2017, having already landed in South Korean cinemas and premiering at the 70th Cannes Film Festival in May.

Marriage Story, Chernobyl, Unbelievable and The Crown Lead The 2020 Golden...

Sylvie Meis in Bikini and Niclas Castello Pack on the PDA...

Celina Locks Booty in Bikini and Ronaldo Enjoy a Day at...