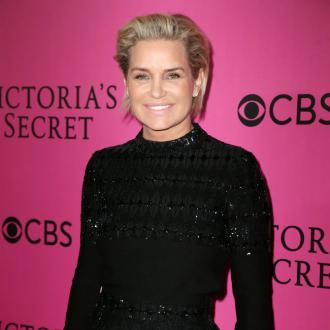 The ‘Real Housewives of Beverly Hills’ star – who has Gigi, 25, Bella, 23, and Anwar, 21, with her former husband Mohamed Hadid – heaped praise on her brood as she opened up about motherhood.

Alongside a red heart emoji, she wrote on her Instagram account: ”My greatest accomplishment in life …. #Motherhood (sic)”

Meanwhile, Yolanda previously revealed she ”set her kids free” when they were 12 as she felt it was important for her kids to learn to become ”independent human beings” as they entered their teenage years.

She said of motherhood: ”I think I’m a disciplined mom versus a strict mom. But also, that job – the disciplining was from birth until about 12, and at 12 I set my kids free and they learned to become independent human beings. And after that, it’s just catching them when they fall. I don’t run their lives, I don’t make decisions for them. I’m just their energetic anchor, and I’m here for them to catch them when they fall.”

The 56-year-old star is so proud of her three children for all they have achieved both personally and professionally.

She said: ”I saw my son yesterday take this huge crystal and plant it in a tree on the property. I am just so proud of the extraordinary human being that he’s grown into at age 18, and having such high consciousness about healing the earth and the world. And seeing Bella ride a horse this week, I just smile and I go, ‘I’m proud that I raised them in a barn and that at this point of their life, they can go back to something that brings them real joy.’ Because the fame and all that nonsense is not what’s gonna grow your soul.”