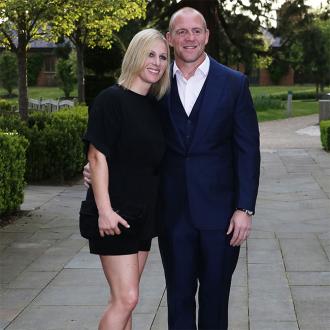 Zara Tindall is ”so pleased” she didn’t have a royal title.

The equestrian – who is the daughter of Princess Anne and Mark Phillips – was glad to not have a royal title as she is ”able to live her own life”, according to Philip Tindall, her husband Mike’s father.

His father Philip shared: ”Zara always says she’s so pleased she wasn’t given a title because they’ve been able to live their own lives. They have quite a number of really good friends – people they can be sure of. Mike’s friends are also Zara’s friends. They’re people they trust and rely on completely.”

And Philip says he would regularly meet up with the royals after Mike’s rugby matches, which they’d all attend.

Speaking about how they bonded with the royal family, he added: ”He started playing for England in 2000 and it wasn’t too long before he met and moved in with Zara. Linda’s mum was dead against it. In her day, royalty married royalty and she thought the wedding would be shunned. But right from the start the whole family was just lovely. We’d go on a Friday night to watch the [rugby] match and stop over. Sometimes we’d all go out for lunch with Zara’s mum on Sunday before we went home. We spent quite a bit of time with her dad too. Harry would often be round watching the rugby, so, slowly and quietly, we got to meet them all – and that’s how it went on for quite a few years.”

The former sportsman shared with The Sunday Times Magazine: ”By the time Zara and I got together in 2003 they’d already met William and Harry. Those boys were huge England fans and they’d come in after every game. Mum and Dad met Princess Anne early on too and it was incredibly relaxed. Zara was living in a little two-bed flat in Nailsworth, so it wasn’t exactly grandiose.”

Arrow’s Eighth Season Will Be Its Last